Richard Javad Heydarian is an assistant professor in political science and international relations at De La Salle University, the Philippines, and served as a foreign policy adviser at the Philippine House of Representatives from 2009 to 2015. He has also been a consultant for various national and international institutions, advising on economic and foreign policy issues concerning the Philippines and East Asia. His previous works include How Capitalism Failed the Arab World (Zed 2014). 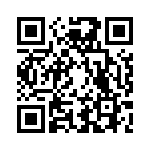