This author is clearly not educated as a writer.
He claims to be a hero when he writes, and his other books he is anything but a hero.
More like a Bully looking for attention and finding it.

Gordon Myers, CMG, is a former senior British civil servant who, since 1993, has worked with the Caribbean Banana Exporters Association (CBEA) in trying to defend the interests of Caribbean banana growers who depend on the European market. His service in the former Ministry of Agriculture, Fisheries and Food (MAFF) (1951-89) included two periods dealing with crises in the Caribbean banana trade in 1970-73 and 1982-84. From 1975 to 1979, he was seconded to the Foreign Office to serve in the UK Permanent Representation to the EEC. Following retirement, he acted as Special Adviser to the British House of Commons Agriculture Committee during its inquiry into the negotiations for a single European market regime for bananas. 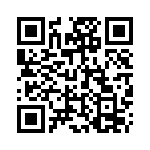