Emmett Dalton (1871-1937) was the youngest of four Dalton brothers. He was seriously injured in the same raid in which his brothers were killed and subsequently served fourteen years of a life sentence in the Kansas State Penitentiary before his pardon in 1907. He lived another thirty years in Long Beach, California. 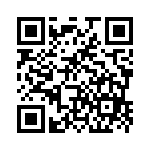