This is an easy read, taking little more than a couple of hours. It carries the subtitle ’10 Secrets of the World’s Greatest Brand-Builder’.which offers the promise of answers to those who seek them ... Read full review

Is there anything new to say about the four high-profile corporate executives featured in this series? The work of Dearlove and Crainer, two British business writers, suggests that there is not. Their ... Read full review

Des Dearlove is co founder of the media content, concepts and consulting firm Suntop Media. He writes on business issues for magazines and newspapers throughout the world, including The Times, American Management Review and is a contributing editor to the US magazine Strategy+Business. Suntop Media’s Thought Leader Interview series is syndicated to publications in more than 25 countries.
Des is an author or co-author of numerous books. They include Generation Entrepreneur (shortlisted for the WH Smith Book Prize), Gravy Training, and Firestarters! Des is an editor of the bestselling Financial Times Handbook of Management, now in its the third edition. 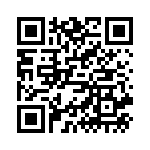