A rollicking, if not always enlightening, narrative history of the English Civil War, by the prolific Hibbert (The American Revolution through British Eyes, 1990, etc.). Hibbert concentrates with some ... Read full review

Solid and straightforward chronological history of the English Civil War. Good overview, but if you're looking for in-depth analysis, you need to do more reading. Read full review

Christopher Hibbert was described by Professor Sir John Plumb as a ‘writer of the highest ability’ and by the ‘New Statesman’ as ‘a pearl of biographers’. He is our leading popular historian whose works reflect meticulous scholarship. His much-acclaimed books include ‘The Destruction of Lord Ralgan’, ‘The Court at Windsor, London’ and ‘Rome: Biography of a City’. 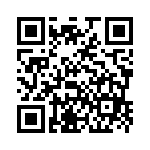