Arthur C. Clarke was a British science fiction author, inventor and futurist, most famous for the novel 2001: A Space Odyssey, written in collaboration with director Stanley Kubrick, a collaboration which also produced the film of the same name. He was the chairman of the British Interplanetary Society from 1947-1950 and again in 1953. Clarke emigrated to Sri Lanka in 1956 and lived there until his death in March 2008. He was knighted in 1998. 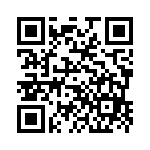