DAYS OF GRACE: A Memoir

A genuinely affecting testament from the quietly activist champion-athlete who died young this past February. With an unobtrusive assist from Rampersad (The Life of Langston Hughes, 1988), Ashe offers ... Read full review

Days of Grace: A Memoir

Days of Grace begins with an understandably annoyed Ashe holding a TV press conference to preempt a newspaper report that he has been stricken with the AIDS virus. After a diatribe against the ... Read full review

Arthur Ashe (1943–1993) was a tennis champion, AIDS activist, and tireless crusader for racial and social justice. He was inducted into the Tennis Hall of Fame in 1985 and awarded the Presidential Medal of Freedom in 1993.

Arnold Rampersad, the Sarah Hart Kimball Professor Emeritus in the Humanities at Stanford University, has also taught at Princeton, Columbia, and Rutgers Universities. His books include The Life of Langston Hughes (two volumes); biographies of W. E. B. Du Bois, Jackie Robinson, and Ralph Ellison; and, with Arthur Ashe, Days of Grace: A Memoir. Among his numerous awards and honors are a MacArthur Foundation fellowship in 1991 and the National Humanities Medal, presented at the White House in 2011. 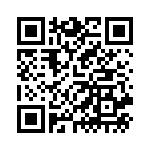