The author is an International recording artist, his music is on the Internet radio Jango. He has a BA degree in music education from Johnson C. Smith University, he is taking classes Online at the Schillinger Practical School of music and a member of the Schillinger society. He had a spiritual experience when his deceased Grandmother talked to him as he stood near her coffin at her funeral ?I?m alright she said, I?ll be alright!? he told his parents, of course they did not believe him. Since that experience he wanted to be a minister,he attended St. Mary?s college Seminary as a youth and studied, lived with the Monks, priest and nuns, he also studied religion at Johnson C. Smith Presbyterian ministry. Because of the experience with his Grandmother as a child he wanted to find out about death and the afterlife. He joined several organizations searching for truth and knowledge. He finally succeed when he read a book by Shirley McClain titled ?Going Within?, he followed her instructions and it worked! he went soaring through the higher worlds like an eagle experiencing Love, bliss, estacy and the most beautiful music ever heard, from some experiences he recorded and performed, some are on his CD ?The Waterfall? 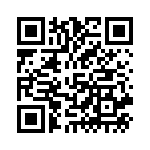