I am interested in Britain on the home front during the wars as I like to get an idea of what life was like for my grandparents and great grandparents during this time. The Shire Living Histories are ... Read full review

Peter Doyle is a scientist and military historian specialising in the role of terrain in warfare. In addition to numerous scientific books and papers, he has written: Tommy's War 1914–1918 (Crowood 2008), The Home Front: 1939-45 (Crowood, 2007, with Paul Evans); Beneath Flanders Fields: The Underground War 1914-18 (Spellmount, 2004, with Peter Barton and Johan Vandewalle) and Grasping Gallipoli (Spellmount, 2005, with Peter Chasseaud). He is co-secretary of the All Party Parliamentary War Graves and Battlefield Heritage Group, and is an elected member of the British Commission for Military History. He lives in London. 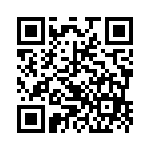