Gregory S. Aldrete is a professor of history and humanistic studies at the University of Wisconsin–Green Bay and author of Gestures and Acclamations in Ancient Rome, also published by Johns Hopkins. 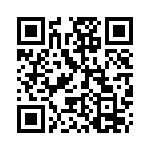