Kathryn Tidrick is the author of Heart-Beguiling Araby: The English Romance with Arabia and Empire and theEnglish Character (both published by I.B.Tauris). She was born and grew up in Britain and has a Ph.D. in psychology from London University. She has lived in the United States, Jamaica, Tanzania, Kenya, South Africa and India, and now makes Scotland her home. 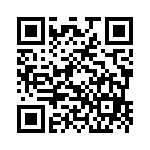