Review: Gone with the Wind

Ugh. For a start, I read this book when I was twelve, quite literally as a dare to myself. It was a childish whimsy, an internal gamble to prove that I too, could wade through the proverbial trenches ... Read full review

Review: Gone with the Wind

This book is LONG, but the length, I believe, is justified, as it captures the social complexities of an entire community over many turbulent years. With its focus on the unscrupulous Scarlett O'Hara ... Read full review

Margaret Mitchell, 1900 - 1949 Novelist Margaret Mitchell was born November 8, 1900 in Atlanta, Georgia to Eugene Muse Mitchell, a prominent attorney, and Maybelle Stephens Mitchell, a suffragette. She attended Smith College from 1918-1919 to study psychiatry, but she had to return to Atlanta when her mother died during the great flu epidemic of 1918. In 1922, she married Red Upshaw but left him three months later and had the marriage annulled. In 1925, she married John Marsh, the best man at her first wedding. He died in 1952. Mitchell joined the prestigious Debutante Club, but her public drinking, smoking and her performance of an Apache dance in a sensual costume, ended that for her. She was refused membership to the Atlanta Junior League. She began her writing career as a feature writer for the Atlanta Journal. She authored a freelance column for the paper called Elizabeth Bennett's Gossip. Mitchell is the author of the best selling novel of all time, "Gone with the Wind" (1936). In 1939, the film version was a smash hit and it received ten Academy Awards. Scarlett's original name was Pansy, which was also the book's working title, but editors insisted that it would be changed because of its use in the North to refer to homosexuals. Other early titles of the book were "Tote the Weary Load" and "Tomorrow Is Another Day." It is believed that the character Rhett Butler was inspired by her first husband Red Upshaw, and the character Ashley Wilkes was inspired by her first fiance, the attractive and idealistic Lieutenant Clifford Henry. Henry was killed in France during World War I and Mitchell declared him as the one great love of her life. On August 16, 1949, Margaret Mitchell died of injuries she received when she was hit by an intoxicated cabdriver while crossing Peachtree Street in Atlanta. She was mourned by so many that tickets had to be distributed for the funeral. Published posthumously was "Lost Laysen" (1996), which was a novella Mitchell wrote in 1915, at the age of fifteen, as a gift for her boyfriend.

Pat Conroy is the pen name of Donald Patrick Conroy, who was born in Atlanta, Georgia on October 26, 1945. He received a B.A. in English from The Citadel in 1967. After teaching high school at his alma mater, he accepted a job teaching disadvantaged black children in a two-room schoolhouse on Daufuskie Island off the South Carolina coast. Many of the children were illiterate, unable even to write their own names. He taught them using oral history and geography lessons. His experience on Daufuskie Island formed the basis for his first successful memoir, The Water Is Wide, which won the Anisfield-Wolf Award from the Cleveland Foundation and was made into the movie Conrack starring Jon Voight in 1976. His novels include Beach Music and South of Broad. Several of his novels were adapted into movies including The Great Santini, The Lords of Discipline, and The Prince of Tides. He also wrote several works of non-fiction including The Pat Conroy Cookbook: Recipes and Stories of My Life, My Reading Life, and The Death of Santini: The Story of a Father and His Son. He died of pancreatic cancer on March 4, 2016 at the age of 70. 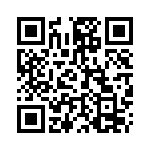