Michael Engelhard works as a wilderness guide in Arctic Alaska and holds an MA in cultural anthropology from the University of Alaska Fairbanks. His books include Where the Rain Children Sleep: A Sacred Geography of the Colorado Plateau, the anthology Wild Moments: Adventures with Animals of the North, and a recent essay collection, American Wild: Explorations from the Grand Canyon to the Arctic Ocean. His writing has also appeared in Sierra, Outside, Audubon, National Wildlife, National Parks, High Country News, and the San Francisco Chronicle. 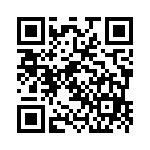