Review: Jennifer's Way: My Journey with Celiac Disease--What Doctors Don't Tell You and How You Can Learn to Live Again

Celiac / Wheat Intolerance? a great companion after reading Wheat Belly & Grain Brain. Told from the a comfortable conversational perspective - an in-depth look at one woman's struggles to be ... Read full review

Jennifer Esposito is an award-winning actress who has appeared in Crash (which won the Oscar for Best Picture in 2005), Spike Lee's Summer of Sam, Don’t Say a Word, Welcome To Collinwood, and Taxi, to name a few. She also appeared on Michael J. Fox's hit series Spin City and most recently starred in the primetime CBS show Blue Bloods. Esposito's life beyond the screen has become dedicated to advocacy and education about celiac disease, which has become her life's purpose. As such, she founded Jennifer’s Way, a popular blog that talks about everything from healthy gluten-free eating, to food additives, and personal stories. From her home in NYC, Jennifer tirelessly answers emails from people in need of guidance about celiac disease and food concerns. Jennifer has also founded Jennifer's Way Foundation for Celiac Education, which is a non-profit organization promoting advocacy and education. JennifersWay.org 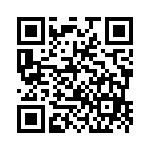