Nicholas Snow is the pen name of Nicholas C. Kyriazis, who holds a diploma and Ph.D. in economics from the University of Bonn, Germany. He has acted as visiting professor at Harvard and at the University of Trier. He has worked as a consultant to the Directorate General of Research of the European Parliament, to the National Bank of Greece, and to the Ministries of National Economy and of Defence, and has served as secretary general of Public Administration. Professor of economics at the University of Thessaly, he is a member of the board of Alpha Trust Investment Fund (listed on the Athens Stock Exchange), vice president of Ergoman Telecommunications, and vice president of the Kostas Kyriazis Foundation. He has contributed more than sixty papers to academic journals and has published eight books on economics, history, and strategy as well as a volume of poetry. Poems of his have been translated into English, French, German, Italian, Spanish, and Maltese. As a novelist, he has published eighteen books in Greece, several of which have been translated and published in English, including Themistocles (Kosbil Publications, 2004), The Shield (AuthorHouse, 2005), Assassins (AuthorHouse, 2007), and, in collaboration with Guy Féaux de la Croix, Last Love (Plato’s Last Love) (AuthorHouse, 2014). 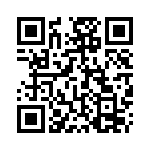