James P. Allen is the Charles Edwin Wilbour Professor of Egyptology at Brown University. He is a former curator of Egyptian art at the Metropolitan Museum of Art in New York and president of the International Association of Egyptologists. His previous publications include Genesis in Egypt: The Philosophy of Ancient Egyptian Creation Accounts (1989), The Heqanakht Papyri (2002), The Ancient Egyptian Pyramid Texts (2005), The Debate between a Man and his Soul (2010) and The Ancient Egyptian Language, An Historical Study (2013). 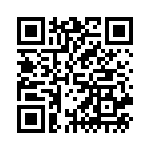