Rudrangshu Mukherjee is vice chancellor and professor of history at Ashoka University. Earlier, he taught at Calcutta University; he has held visiting appointments at Princeton University, Manchester University and the University of California, Santa Cruz. He was the editor of the editorial pages of The Telegraph, Calcutta, and continues in that role as a consultant. He is the author and editor of several books which include Awadh in Revolt, 1857–58: A Study of Popular Resistance, and Spectre of Violence: The 1857 Kanpur Massacres, as well as The Penguin Gandhi Reader. 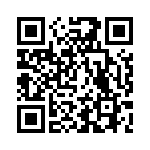