A history of how the French people dealt with the humiliating defeat administered by the Germans in 1940, the occupation that followed, and the end of the Third Republic. Ousby, who has taught history ... Read full review

Ian Ousby wrote widely on subjects both English and French. His recent books include The Cambridge Guide to Literature in English and Occupation- The Ordeal of France 1940-1944, which won the 1997 Edith McLeod Literary Prize, given annually to the British book which 'has contributed most to Franco-British understanding', and the 1997 Stern Silver PEN Award for Non-fiction. He died in August 2001. 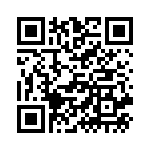