Pregnancy : The Ultimate Week-by-Week Pregnancy Guide (You & Your Baby)

Laura E. Riley is a leading OB/GYN, M.D. and mother of two, giving her the ability to professionally understand and intimately relate to all elements of the pregnancy experience. Dr. Riley is a graduate of Harvard University and received her medical degree from the University of Pittsburgh. She is the Medical Director of Labor and Delivery at Massachusetts General Hospital in Boston. She has committed herself to educating and serving pregnant women for the past 15 years.
In addition to seeing patients, Dr. Riley teaches at Harvard Medical School as an Assistant Professor of Obstetrics, Gynecology, and Reproductive Medicine. She has been quoted extensively in national publications, including the Wall Street Journal, Newsweek and the New York Times. Dr. Riley has appeared on NBC’s Today and CBS’s The Early Show and has published articles in many peered-reviewed scientific journals and websites. She has also edited a number of books on pregnancy. She lives in Boston with her husband, Scott, and their two daughters, Natalie and Lauren. 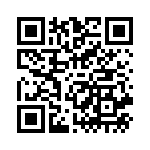