River Of Darkness. The first John Madden novel. Rennie Airth. 1999. I really enjoyed this book. The critics compare the author to P. D. James; he is good but not that good. World War I is over and ... Read full review

This is crime fiction - a historical mystery/police procedural set in post WWI featuring Scotland Yard Inspector John Madden. Madden, having lost his wife and baby daughter to influenza and then ... Read full review

Rennie Airth was born in South Africa and worked as a foreign correspondent for Reuters before becoming a novelist. He is the author of two other John Madden mysteries, River of Darkness, a finalist for the Edgar Award for Best Novel and a Macavity Award for Best Mystery, and a New York Times Notable Book, and The Blood-Dimmed Tide. He lives in Cortona, Italy. 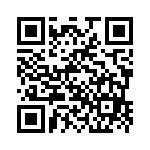