This is one of the funniest books I've read. Sam Halpern gets it said without worrying about what anyone thinks. He dispenses wise advice in a way that will keep you laughing long after you finish the book. Read full review

Justin Halpern is the author of the #1 New York Times bestseller Sh*t My Dad Says, inspired by his massively popular Twitter feed. SPOILER ALERT: He lives with his wife in Los Angeles. 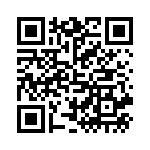