SOME KIND OF MIRACLE

Songwriter seeks schizophrenic cousin. Object: fame and fortune.Just because Dahlia Green makes a living (sort of) as a masseuse doesn't mean she's a failure in status-obsessed Los Angeles. Not yet ... Read full review

Some kind of miracle

Los Angeles masseuse and songwriter Dahlia Green has a rickety van and a house in disrepair. Years ago, she co-wrote a big hit, but the money isn't coming in as it once did. In reality, Dahlia is a ... Read full review

Iris Rainer Dart is the author of eight novels, including the much-beloved New York Times bestseller Beaches. The mother of two children, she lives in California with her husband. 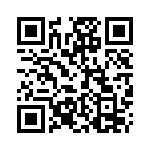