I got more than half way thru it and it just bored me too much to continue... "Just create a business and in a matter of seconds *poof* you're making millions so don't work so hard ok?" "Why work so ... Read full review

If you are okay with outsourcing and exploiting others this plan may work well for you. Read full review

TIMOTHY FERRISS, serial entrepreneur and ultravagabond, has been featured in the New York Times, National Geographic Traveler, Maxim, and other media. He speaks six languages, runs a multinational firm from wireless locations worldwide, and has been a world-record holder in tango, a national champion in Chinese kickboxing, and an actor on a hit television series in Hong Kong. He is twenty-nine years old.


From the Hardcover edition. 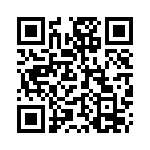