Joel Comm is an Internet entrepreneur who has been online for 20 years. In 1995, Joel launched WorldVillage.com, a family-friendly portal to the web which enjoys thousands of visitors each day. In 1997, him and his partner created ClassicGames.com, which was acquired by Yahoo!, and now goes by the name Yahoo! Games. Since then, his company has launched over a dozen web sites, including the popular bargain-hunting shopping site, DealofDay.com, SafetySurf.com and FamilyFirst.com. Joel Comm is the author of several best-selling ebooks that show people how to make money online, and regularly speaks and teaches at conferences, seminars and workshops. Joel is the host and executive producer of The Next Internet Millionaire, the world's first competitive Internet reality show. 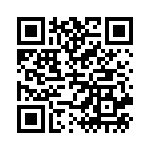