I Personally hate to read but when i picked up this book
and quickly realized this was infact a tool of life ,
or instrument of understanding.

Sun Tzu was born around 544 B.C. He was a Chinese military general who helped the King Ho-lu capture the city of Ying, bringing about the fall of the Ch'u state in 506 B.C. Because of this, he became known throughout the country as a wise and respected leader. His collection of essays called The Art of War is the oldest military treatise in the world. The text became known through translations by Father J. J. M. Amiot, a French Jesuit priest. Sun Tzu is believed to have died in 496 B.C. 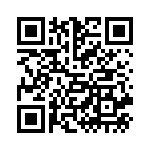