JAMES D. G. DUNN is Lightfoot Professor of Divinity at the University of Durham, where his research interests cover the evolution of the historical critical method, the third quest for the historical Jesus, the relation between Christianity and Judaism in the first century, and the theology of the New Testament. Professor Dunn recent publications have included The Partings of the Ways between Christianity and Judaism, commentaries on several New Testament books, and The Theology of Paul the Apostle. He is General Editor of Cambridge New Testament Theology series, in which he authored The Theology of Paul's Letter to the Galatians (1993). 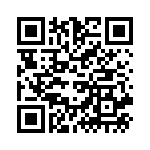