Kaye Jones studied history at the University of Manchester and her dissertation on Victorian murderesses was published shortly after. She has written three titles for the History In An Hour series and is currently working on another book for Pen & Sword which explores the hidden dangers of the Victorian workplace. You can read more about Kaye's research on her blog and follow her on Facebook and Twitter: Blog: kayejoneswriter.WordPress.com, Facebook: /kayejoneswriter, Twitter: @kaye_jones 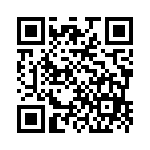