Responding to other review- Smugness he may be guilty of, but he's hardly the high priest of post-modern cant. Actually by this time Eagleton was looking less and less post-modern and more and more ... Read full review

This book is sucking all the joy out of my semester and I have no idea why my classmates all seem to love it. :( Read full review

Terry Eagleton is Professor of Cultural Theory and John Rylands Fellow at the University of Manchester. His works include The Ideology of the Aesthetic (1990), Literacy Theory: An Introduction (1983), Walter Benjamin (1981) and Marxism and Literacy Criticism (1976). 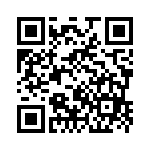