Clemente Marconi is James R. McCredie Professor of Greek Art and Archaeology and University Professor at the Institute of Fine Arts of New York University. 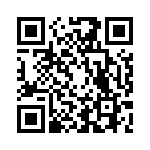