THE SPARTANS: The World of the Warrior-Heroes of Ancient Greece, from Utopia to Crisis and Collapse

A lucid, literate history of a model society—though whether a model of good or evil remains a subject of debate.Tucked among the nearly impenetrable mountains of southern Greece, Sparta was less an ... Read full review

The Spartans: The World of the Warrior-Heroes of Ancient Greece, from Utopia to Crisis and Collapse

Given the preeminence of Athens, Sparta is frequently overlooked. But it did win the Peloponnesian War, and those studying slavery and colonization ignore it at their risk. Sparta itself limits what ... Read full review

Paul Cartledge is the inaugural A.G. Leventis Professor of Greek Culture in the Faculty of Classics at the University of Cambridge, and a Fellow of Clare College. He is also Hellenic Parliament Global Distinguished Professor in the History and Theory of Democracy at New York University. He written and edited over 20 books, many of which have been translated into foreign languages. He is an honorary citizen of modern Sparta and holds the Gold Cross of the Order of Honor awarded by the President of Greece. 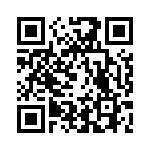