39 other sections not shown

Alexander Shulgin (June 17, 1925 - June 2, 2014) was an American medicinal chemist, biochemist, organic chemist, pharmacologist, psychopharmacologist, and author. He is credited with introducing MDMA ("ecstasy") to psychologists in the late 1970s for psychopharmaceutical use, and for the discovery, synthesis and personal bioassay of over 230 psychoactive compounds for their psychedelic and entactogenic potential.

Ann Shulgin (born 22 March 1931) is an American author and the widow of chemist Alexander Shulgin that she wrote PiHKAL and TiHKAL with. They developed a systematic way of ranking the effects of the various drugs, known as the Shulgin Rating Scale, with a vocabulary to describe the visual, auditory and physical sensations. She also contributed to the books Thanatos to Eros: 35 Years of Psychedelic Exploration, Entheogens and the Future of Religion, Ecstasy: The Complete Guide, The Secret Chief Revealed, Higher Wisdom: Eminent Elders Explore the Continuing Impact of Psychedelics, and Manifesting Minds: A Review of Psychedelics in Science, Medicine, Sex, and Spirituality. 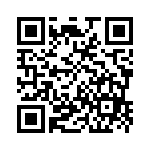