Page 85
It has an ebb and flow , a periodicity more or less constant , and is not fixed as to
place any more than as to time . Persia , Assyria , Egypt , Greece , and the
Roman Empire : each nation had its renaissance , which appeared , extended ,
waxed ...
Page 288
So we feel the real reason for his abandoning Rome , which seems to have
escaped Drummond ' s observing mind , was , as we have just stated , his
ineligibility to hold any office within the gift of the Roman Curia on account of his
birth .
Page 392
Deeming that the constantly changing strata of Roman ecclesiastical circles
might have buried his memory completely , he thought it advisable to bring
himself freshly to their remembrance by writing them some of his characteristic
letters , in ... 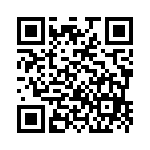