TERRY CROWLEY has been a member of the history department at the University of Guelph since 1971. Originally an eighteenth-century specialist, he has written widely on rural and women\s history.' 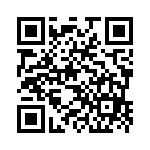