A. Yavuz Oruç ̧ received the B.Sc. degree in electrical engineering from the Middle East Technical University in 1976, the M.Sc. degree in electronics from the University of Wales in 1978, and the Ph.D. degree in electrical engineering from Syracuse University in 1983. He has done research in computer systems, parallel processing, and interconnection network theory. His more recent research has focused on quantum packet switching, an emerging field of research in quantum information processing. He was the director of the Computer Systems Architecture Program at the US National Science Foundation from 2000 to 2002, and served as a senior advisor to the President of the Scientific Research and Technological Council of Turkey between 2005 and 2008.

Dr. Oruç has been a full professor at the University of Maryland, College Park since 1995. He previously held faculty positions at RPI and Bilkent University. His research resulted in more than 110 publications in archival journals and conference proceedings, and the supervision of 16 doctoral dissertations and 24 Masters theses. He was an associate editor for the IEEE Transactions on Parallel and Distributed Systems between 2003 and 2007.

He is the co-inventor of the CodeMill language and programming software for which he received the 2000 Teaching With Technology Award from University of Maryland. Dr. Oruç is also the co-inventor of Whowon, a computer application that provides election results on iPhones. 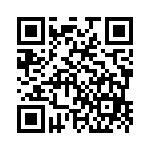