Kirkpatrick Sale is the author of a dozen books, including The Fire of His Genius: Robert Fulton and the American Dream; Rebels against the Future: The Luddites and their War on the Industrial Revolution: Lessons for the Computer Age; The Green Revolution: The American Environmental Movement, 1962–1992; and The Conquest of Paradise: Christopher Columbus and the Columbian Legacy. He is a member of the American Association for the Advancement of Science and a former editor at the New York Times Magazine. 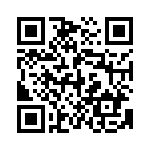