Stephen M. Griffin is Professor of Law at Tulane University. 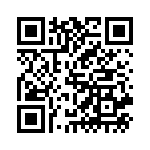