Page xx
William F . Hart , Adm . Thomas C . Commander , Minecraft , Battle Force , U . S .
Pacific Fleet Congressman from California ; member , joint congressional
committee Air staff officer , First Air Fleet Chief , War Plans Division , War
Department ...
Page 48
To the best of my knowledge and belief , this is the first time I have ever seen that
message , ” he told the congressional committee . Ferguson prodded him
persistently in an obvious attempt to secure an admission that if Miles had seen
the ...
Page 289
14 Captain Ellis M . Zacharias , a long - time naval intelligence officer , informed
the congressional committee that , in his opinion , failure to appreciate the
importance of intelligence was “ one of the greatest contributing factors ” to the
disaster ... 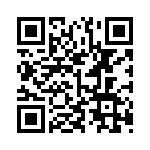