Colleen Jaurretche is lecturer in the Department of English at the University of California-Los Angeles. She received her BA and PhD at UCLA. 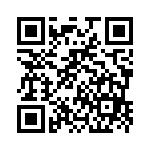