KEITH HOPKINS was Professor of Ancient History at Cambridge and Vice-Provost of King's College.

MARY BEARD is Professor of Classics at Newnham College, Cambridge, and the classics editor of the TLS. Her books include the acclaimed The Roman Triumph and The Parthenon (in the Wonders of the World series of which she is general editor). She is also the award winning author of Pompeii, which was a BBC documentary. 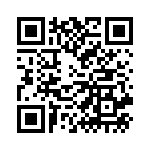