Page 25
I think that in General MacArthur , and his Staff , * the Filipinos have made about
the wisest expenditure that has happened since they took charge of their own
affairs . " It is an unfortunate fact that very often the professional historian is ...
Page 119
Several weeks later , Commander Dennison , acting chief of staff for Admiral
Rockwell , went up on top of the “ Rock ” to have a chat with General MacArthur .
He had found almost everyone in the various tunnels , except MacArthur and ...
Page 329
... 219 Hankow , China : air raids at , 81 Hanoi : Japanese plotting at , 40 Hart ,
Adm Thomas C . : dumbfounded by MacArthur ' s open city declaration , 4 ;
authorizes Lanikai ' s departure , 6 , 7 ; evacuation PBY destroyed , 9 ; leaves
Manila via ... 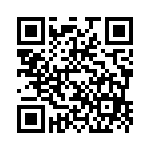