Page 73
Three of the Japanese scout planes left on schedule , but four were delayed for
reasons that still are not evident . In particular , the cruiser Tone was delayed in
catapulting off both of her scouts , which were coded as Scouts Three and Four .
Page 108
Ozawa commanded Japan ' s four remaining carriers , two battleships , three
cruisers , and eight destroyers . But he reputedly had only 116 operative aircraft ,
flown by inexperienced aviators , and divided among his carriers , although
Halsey ...
Page 111
In the engagement , Ozawa lost four carriers and five other support vessels . The
last carrier from the First Air Fleet , Zuikaku , joined her sister ships in a watery
grave . The First Air Fleet in particular , and Japanese naval might in general ... 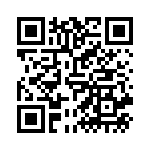