I was born in Chicago, IL while my father finished Medical School at Rush. I was fortunate thereafter to Live in Alabama, West Virgina, Massachusetts and Indiana during the first twenty years of my life. I spent a year studying history and political science in Switzerland in 1948-49. I married my wife, Jane Blair, in 1950 and we had a total of four sons over the years who are all married and have produced 14 grandchildren and 3 great grandchildren. I spent 2 years in the Army Artillery from 1953 to 1955. I then practice law in Alabama for several years. For several years I was in the business world, moving in 1964 to North Carolina where I was engaged in business and for a time associated with IBM Corporation. In 1972 I became a Christian and founded Maranatha Church in Greensboro, NC. where I was Pastor for 22 years. In 1994 I resigned the church pastorate and pursued full time traveling ministry to many churches and their pastors. In 1995, with Neil Silverberg, I founded Master Builders Fellowship, a fellowship of pastors and leaders dedicated to the purpose of strengthening churches and extending the Kingdom of God. 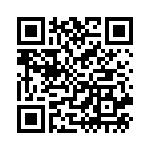