Helen F. Rappaport was born in 1947 in Bromley. She is a British historian, author, and actress. She studied Russian at Leeds University where she was involved in the university theatre group and launched her acting career. After acting with the Leeds University theatre group she appeared in several television series including Crown Court, Love Hurts and The Bill. In the early nineties she became a copy editor for academic publishers Blackwell and OUP. She also contributed to historical and biographical reference works published by Cassell and Readers Digest. She became a full-time writer in 1998, writing three books including An Encyclopaedia of Women Social Reformers in 2001, with a foreword by Marian Wright Edelman. It won an award in 2002 from the American Library Association as an Outstanding Reference Source. Her 2008 book Ekaterinburg: The Last Days of the Romanovs received many positive reviews in both the UK and US where it became a bestseller. Her titles include: Joseph Stalin: A Biographical Companion, Conspirator: Lenin in Exile, Magnificent Obsession; Victoria, Albert and the Death that Changed the Monarchy, and Capturing the Light: The Birth of Photography. In 2014 her title, The Romanov Sisters: The Lost Lives of the Daughters of Nicholas and Alexandra made The New York Times Best Seller List. 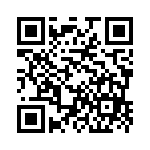