Andrew Dalby is a historian and linguist and has written for numerous food history and classics journals. Among his books are Empire of Pleasures: Luxury and Indulgence in the Roman World (2000), The Classical Cookbook (with Sally Grainger, 1996), and Siren Feasts: A History of Food and Gastronomy in Greece (1996). 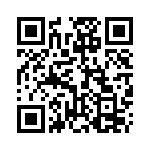