Professor Stephen Hamnett is Emeritus Professor of urban and regional planning at the University of South Australia. He is also a Commissioner of the Environment, Resources and Development Court of South Australia. Stephen's research interests focus on metropolitan strategic planning and on planning law and governance. He is a member of a number of journal editorial boards, including 'Built Environment' and 'Cities'. Stephen Hamnett has a long record of involvement in planning issues in Asia, including projects on urban and regional development for AusAID and other international agencies in Indonesia, China, the Philippines, Malaysia and elsewhere. His previous books include 'The Australian Metropolis' (2000) with Robert Freestone. In 2009 he was awarded the prestigious Lifetime Achievement Award of the Planning Institute of Australia for outstanding and sustained contributions to planning and planning education.

Professor Dean Forbes is Deputy Vice-Chancellor (International and Communities) and Vice-President at Flinders University. He is an urbanist and has published widely on developments in Pacific Asian cities, especially Indonesia, Vietnam and Papua New Guinea. His current research is on universities, knowledge-based development and knowledge cities. He was a chief investigator for a recently completed project on strengthening urban slum upgrading and urban governance in Southeast Asia.Dean Forbes is on the editorial boards of Asian Pacific Viewpoint and the International Journal of Knowledge-Based Development, and was an Advisory Board member of the Encyclopedia of Urban Cultures. In 1994 he was elected a Fellow of the Academy of Social Sciences in Australia.His previous appointments include the Australian National University, Monash University and the University of Papua New Guinea. He has worked for AusAID and the Australian Institute of Urban Studies, and has been a consultant to the United Nations Development Program, the United Nations Population Fund, International Labour Organization and AusAID. 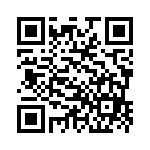