GARY STERN is a journalist who has covered religion for a decade for The Journal News of suburban Westchester, New York. He won the James O. Supple Award from the Religion Newswriters Association as the national religion writer of the year in 2001, and in 2005 he won the Templeton Award as National Religion Reporter of the Year. Stern has written about every major religious group in New York and has covered many of the top religious figures of the day. He grew up in Brooklyn and Staten Island and has a master's degree in journalism from the University of Missouri. He lives in White Plains, New York. 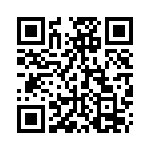