A good work to be remembered as we remember the deadliest incident.

Non fiction 'Flight-73' should be interesting read 2018 .Eminent writer Tarak Ghosh was inspired to write the true event that took place on Karachi Airport Pakistan Sep 5 th 1986 . When Pan Am 73 was hijacked with its 361 passengers and 19 crew members by terrorist group, it’s first stop over Jinnah int airport - Frankfurt final stopover Germany 🇩🇪
Nonfiction based on the true events that had ... Neeraja Bhanot senior flight purser sacrificed her life . Such lovely young girl and her parents were known to me personally , only daughter with two brothers. Have seen the family coping with the lirreparable loss.though she was later loaded with many awards is no consolation to the family . India conferred on her “Ashok’s Chakra “.”Tamgh-e- Pakistan 🇵🇰 for showering for bravery and great human kindness award .” Justice for crimes award by U S department of justice .
Congrats to write great human story in nonfiction way
Hope it makes great read with all walks of life !
Bindi Sharma 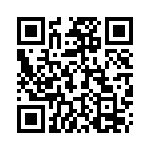