Page 135
If that pro - standpoint of phetical book was written before the destruction of the
Apocalypse . Jerusalem , a number of its particular allusions must most naturally
be understood as referring to that city and its fall . If , however , it was written at
the ...
Page 139
If the seer , writing a few years before the terrible catastrophe , had the
destruction of Jerusalem and its attendant woes ... Cowles , and Schaff maintain
that the book , according to its own internal evidence , must have been written
before the ...
Page 394
The more common formulas are , “ It is written , , ” « Thus it is written , ” “
According as it is written , ” “ The Scripture ... 2 ; but more frequently Moses , the
Law , Isaiah , Jeremiah , or some other prophet is mentioned as writing or saying
what is ... 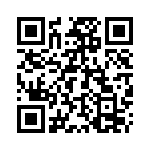