Joseph Chinyong Liow is Dean and Professor at the Rajaratnam School of International Studies, Nanyang Technological University, Singapore. Joseph concurrently holds the inaugural Lee Kuan Yew Chair in Southeast Asian Studies at the Brookings Institution, Washington D.C., USA. He is the author of The Politics of Indonesia-Malaysia Relations (2005) and co-editor of The Routledge Handbook of Asian Security Studies (2010, with Sumit Ganguly and Andrew Schobell), Islam in Southeast Asia: Histories, Cultures, and Identities, IV Vols (2009, with Nadirsyah Hosen) and Order and Security in Southeast Asia: Essays in Memory of Michael Leifer (2005, with Ralf Emmers), all published by Routledge. 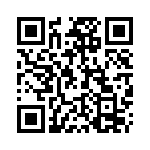