Not very good as he cannot even get the names correct. My mother is the ‘Janette Fox Puppteer’ mentioned not Janet. Bad research for this l(although it’s spelt correctly all over the poster!), so maybe you should question the rest of the story!!

Vincent Bridgewater is my great grandad married to may my great grandmother.i spent many weeks with my great parents,when they lived in forest Hill.
My name is martin burrett,my mother's madina name is townsend .
This book gave me a picture of my great grandfather as a boy and dlso my great great grandparents.
Brilliant would love to have them 2 pictures on page 77

STEVE TURNER is a popular performance poet and journalist. He is the author of several anthologies of adult and children's verse, as well as many music biographies including A Hard Day's Write: The Story Behind Every Beatles' Song, Trouble Man: The Life and Death of Marvin Gay,Van Morrison: Too Late to Stop Now and The Man Called Cash. 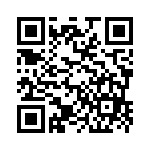